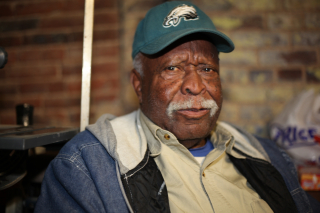 Minnesota Governor Mark Dayton has asked the state legislature to look at a law that critics say restricts the families of vulnerable adults from receiving information about cases of abuse and neglect. KARE 11 TV says it its recent report, “Governor wants review of elder abuse secrecy issue,” that the governor wants lawmakers to examine how state regulators balance the needs of families with the need to protect whistleblowers. The governor said, “I am very concerned that current state law prevents family members from knowing that their loved ones may be facing unsafe living conditions in an assisted care facility.”

The case of Suzanne Edwards brings the issue into focus. The report highlights secretly recorded cell phone videos that appear to show two aides at an assisted living facility taunting and demeaning Suzanne. “Go to bed,” an aide screams at Suzanne in one video. In another video, both women taunt Suzanne, singing “I’m going to live longer than you,” and “I can wipe my own ass.” The two aides are heard laughing at Suzanne in an audio recording, because she’s not wearing underwear. They call it “disgusting,” and tell her she smells.

The two aides were criminally charged with Stalking and Criminal Abuse of a Vulnerable Adult, as a result of the incident. Both pleaded not guilty. The charges allege that the two also put a lighter flame near Suzanne’s face, made multiple threats against her and pulled her nightgown up exposing the 70-year-old patient’s nude body. However, Suzanne Edwards’ son Kent said he didn’t learn any of this for months. The assisted living facility notified police and state regulators, but Edwards—who’s his mother’s health agent—says he was blocked when he called the Department of Health trying to locate a copy of the report.

The state law is currently aimed at encouraging whistleblowers and protects the identities of people who report abuse. State officials also say they can’t even share details of the alleged abuse with victims or their families, until they conduct a full investigation. But the issue is that, according to the Minnesota Department of Health’s own statistics, they only do full investigations in 1% of the cases reported by facilities.

The governor expressed his concern about balancing the needs of families and those who report abuse. He noted that “their need for information must be weighed carefully against protection for the people who report those incidents.” The Governor said he “will encourage the State Legislature to review this law in the next Legislative Session.”

State Senator Karin Housley, (R-Stillwater) also wants to investigate the issue, noting “The system is definitely not working as it should,” she told KARE 11. “That’s a law that needs to change.”

If you want help protecting you elders, please give our office a call for a free consultation 801-438-7120