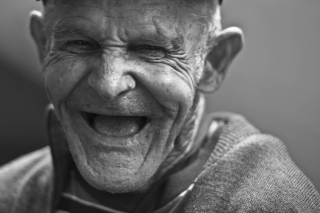 The law requires caregivers, social workers, physicians, nurses and other assisted care facility workers to report suspected abuse or exploitation of residents to local law enforcement and the state ombudsman. The law imposes time limits based on the type of suspected abuse.

The law is named for Peggy Marzolla. In 2010, Peggy was a 93-year-old resident of a facility in New Jersey. She was taken to the hospital after the senior living community's staff reported that she’d slipped on powder. Her injuries reportedly included bruises and several broken bones. She died two months later.

Her daughter, Maureen, didn't believe the explanation given by the facility and began a campaign to tighten state laws against elder abuse. A lawsuit filed by Maureen against the care facility was settled out of court.

Long-term care facilities, skilled nursing care centers and assisted living communities must report incidents to the state’s Department of Health, and crimes must also be reported to law enforcement, especially when the potential for harm or actual serious bodily injury occurs.

Law enforcement must be notified of serious injuries within two hours and other crimes within 24 hours. Facilities where reporting doesn’t happen on time, are subject to a maximum fine of $2,500 under the new law.

However, elder advocates are concerned that the maximum penalty for individuals who don’t report suspected abuse or exploitation is decreased. The old law subjected them to a potential $5,000 fine, but the new law was amended to reduce it to a maximum of $500.

If you want help protecting those who you love, call our office for a free consultation 801-438-7120