Rolling Stone’s recent article, “Walter Becker's Estate Responds to Donald Fagen's Steely Dan Lawsuit,” reports that in the lawsuit, Fagen accuses Becker's estate of reneging on a Buy/Sell Agreement that he and Becker agreed to in 1972. Under that agreement, one member of the duo would buy all shares of Steely Dan, if the other member quit or died. 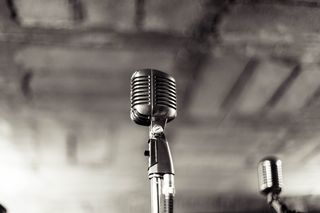 "We believe the agreement to which Mr. Fagen refers in his suit—drafted 45 years ago—was not in effect at the time of Walter's death," a representative for Becker's estate said in a statement to Rolling Stone.

"Mr. Fagen's lawsuit, riddled with half-truths and omissions, misleadingly fails to state that the day after Walter died, Mr. Fagen had his lawyer send a demand letter to Walter's estate, thus beginning a legal campaign against Walter's family immediately after his death."

The lawsuit also sued the band's former business managers and tour accounting company over "secretive behaviors." Fagen said he received a letter from Becker's widow stating that, as director or officer of Steely Dan, she is entitled to 50% ownership of the band. He also accused the Becker estate of not giving up control of the Steely Dan website. But a spokesperson for the Becker estate remarked that "the misrepresentation that his widow, [Delia Becker] initiated any litigious action is simply untrue." The estate claimed that they twice have neared a compromise with Fagen's legal team, only for Fagen to fire both lawyers. A third lawyer for Fagen filed the lawsuit, they allege, without first reaching out to the Becker estate.

Following the publication of the Rolling Stone article, Fagen's attorney said that "Mr. Fagen reluctantly took this step in response to certain actions of Mr. Becker's estate. The main point is that the Buy/Sell agreement at the heart of the suit is as valid as the day it was signed. It's something Mr. Becker felt strongly about keeping in place and honoring, even during his years of illness. Mr. Fagen believes Mr. Becker's estate is entitled to receive all normal royalties on the songs they wrote together. But this case is about the future of the band, and we will vigorously defend the contract."