« Retired and Planning to See the World? Be Sure You Plan Ahead! | Main | Elderly Houston Woman Falls Victim to Financial Abuse » 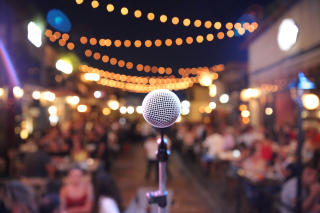 Kerri Kasem, Kelly Rooney, and Travis Campbell were recently joined by other supporters, in testifying before the Michigan Senate Judiciary Committee to get state legislators to pass a law to protect aging parents by ensuring visitation rights for their loved ones.

The Detroit News reported in its article, “Hollywood legends’ children push elder visitation bill,” that Kerri Kasem was involved in several heated court battles with her stepmother, Jean Thompson Kasem, for the right to see her father, Casey Kasem—the “American Top 40” host who died in 2014 of complications of Lewy body dementia at age 82.

Since the death of her father, a Detroit native who began his radio career at Wayne State University, daughter Kerri has been working to guarantee that family members can visit ill or incompetent relatives with the help of laws, like the one being considered in Lansing.

“What it would allow the judge to do is to just rule on visitation. It would put the burden of proof on the caretaker,” said Kerri Kasem. “If they’re not allowing visitation, they have to prove why instead of hearsay.”

Travis Campbell, the son of Glen Campbell, said he was restricted in his visits with his father, when the musician began to decline. Campbell died of Alzheimer’s disease in August of last year at age 81.

Travis said he helped get lawmakers in Tennessee pass an elder visitation bill two years ago. He commented that toward the end of his father’s life, he was only permitted to see him for a few hours twice a month. Campbell said he was concerned about his father’s health because his dad was made to perform 151 shows over three years—even though he felt he couldn’t perform that many shows.

Kelly Rooney said her isolation from her father was slow and gradual and that he had complained of emotional and other forms of abuse before his death in 2014 at the age of 93. She claims that her father’s caretakers withheld medication and food from him.

Mickey Rooney testified about elder abuse before Congress in 2013. Kelly said her father was forced to continue to work and he was “demeaned” when he flubbed his lines or couldn’t read cue cards.

Kelly said her father’s caretakers would lie and say he wasn’t home when she came to come see him. She said that they held him hostage and stole time from the family.

If you would like help protecting those you love, give our office a call for a FREE consultation 801.438.7120!