How the Changes to the Death Tax May Affect You 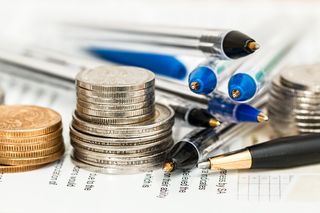 The changes to the federal estate tax law or “death taxes” went into effect on January 1. MarketWatch’s recent article, “Watch out for the gift tax trap in the new tax law,” reports the new law significantly  increases the amount allowed to calculate taxes on estates, where no federal tax would be applied.

A single person could now die owning up to $11.2 million without paying an estate tax, and married couples now have double that amount (if a timely portability election was made after the first spouse’s death).

Failing to pay attention to the new details in the law can lead to misapplication of the changes.  This could result in significant tax consequences for the beneficiaries of the estate, as it relates to gifting.

The new law leaves in place the rule that says when a person dies, the cost basis of the assets (not including IRAs and retirement plans) would be increased to the value of the asset at the date of the owner’s death. That’s a step up in basis. As a result, the capital gain or profit created in the assets over time is wiped out at the owner’s death.

Remember, the asset only qualifies for gain forgiveness—and the new cost basis—if the owner still owns the asset at his or her death.

It can’t be gifted during the life of the owner or there’s no benefit of step up in basis at the death of the person who previously made the gift.

If you’re considering making lifetime gifts, you should be educated on the consequences of gifting and apply the correct estate planning strategies using current estate tax law. Talk with an experienced estate planning attorney before proceeding with any proposed gifting action.

Reference: MarketWatch (February 1, 2018) “Watch out for the gift tax trap in the new tax law.”