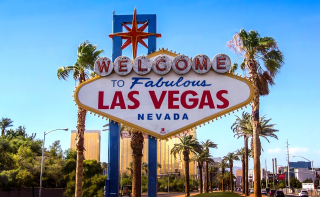 A police officer, who has been with the Las Vegas Metropolitan Police Department since March 1994, has been charged with 14 felony counts of theft, grand larceny auto, perjury, and exploitation of an older person.

The officer is identified as James Melton, according to a report in the Las Vegas Review-Journal, “Las Vegas police officer, 3 others indicted in elder abuse case.”

“We are disappointed the state made the decision to charge Mr. Melton,” Melton’s lawyer Josh Tomsheck said. “I say that based on the overwhelming amount of evidence which exists showing Mr. Melton violated no law and committed no crime. Mr. Melton, however, trusts the court system and knows we will be able to utilize the court process to bring to light the full version of facts which will exonerate him and restore the good name he’s spent a lifetime earning.”

Melton was most recently a member of the LVMPD’s homeland security division. Public records show he received more than $300,000 in pay and benefits in 2016. Melton has been on paid suspension since July 2017, when authorities launched the investigation. He’s now expected to be relieved of duty without pay, according to a statement from the LVMPD.

April Parks, a guardian appointed to care for the elderly, is already jailed in a separate case. Parks now faces a new exploitation charge, as well as five counts of offering a false instrument for filing or record and one count of perjury. Prosecutors said two others, Noel Palmer Simpson and Mark Simmons—office manager of Parks’ company, A Private Professional Guardian LLC—also were indicted.

Prosecutors claim that Melton worked with Parks, Simmons, and attorney Simpson to exploit an elderly couple. Between December 2010 and May 2017, Melton is said to have hired Parks, Simmons, and Simpson to act as the guardian for Beverly Flaherty and obtain control of more than $700,000 in Beverly and Jerome Flaherty’s assets.

Melton, Parks, and Simmons are accused of using Simpson’s services to file false and misleading legal documents with the court to obtain guardianship and name Melton as the successor trustee of Beverly Flaherty’s family trust.

“Protecting Nevada’s families and vulnerable populations is the overarching mission of this office, and one that I take very seriously,” Attorney General Adam Laxalt said in a statement. “Just a few short months after obtaining the most significant elder exploitation indictment in Nevada’s history, my office has once again teamed up with our local law enforcement partners to ensure justice is served against those seeking to exploit our elderly. These targeted crimes strike at the very heart of our tight-knit communities and will be pursued aggressively by my office.”

Law enforcement at the time said Parks was the central target of their investigation and said she exploited at least 150 of vulnerable Nevadans and “systemically bilked them out of their life savings.” Parks is still awaiting trial on those charges.

Parks and Simmons are in custody on hundreds of previous charges.