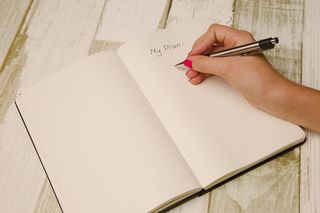 Aging Edge’s recent article, “Retirement secrets no one wants to talk about,” says there’s a lot more to retirement than you might think. If you don’t plan carefully, you may see some big surprises

However, understanding these facts can help you to improve your chances for a great retirement.

Reference: Aging Edge (July 6, 2017) “Retirement secrets no one wants to talk about”

If you need help planning for your retirement, call our office for a free consultation 801-438-7120.

Under the America Invents Act, we now have a similar 19th Century style legal regime in which the fleet-footed, not necessarily the fleet-minded, are granted the legal rewards of exclusive ownership.

If you’re a small business owner and an entrepreneur, then you ought to check out the new patent law and the most major changes to it in some 60 years. With the stroke of a pen, President Obama recently signed the America Invents Act into law. You may not have heard much in the media about this new law, because both parties agreed to it. While the devil is in the details, and many remain to be seen, many regard the law as less than favorable to entrepreneurs.

The biggest change is that instead of being a first-to-invent system (i.e., where the patent rights go to whoever can prove they created the idea/product first), we are moving to a first-to-file system. Soon, the patent will go to whoever gets the idea to the patent office first, and in a digital age that is a race where every second counts.

As a recent Forbes article points out, this is much more of a challenge to the entrepreneur (especially the technology entrepreneur) because it makes “idea theft” more likely. In turn, it forces innovators to be more closed about their ideas (out of fear). Prior to the new law, getting an idea right and getting it out there have always been a social process involving communication. For one, think of how dangerous a trade show might be for an entrepreneur. Similar systems have been in place in Canada and Europe for years, and there’s evidence that it hasn’t been good to small business.

What to do? According to another recent article, this one from Smart Business, it’s important to remember that you are in a race. Indeed, it’s much like land grabs of the early 19th century and that’s probably one comparison to a “pioneer” that an entrepreneur might like to avoid. It will be important to reassess how you deal with your ideas, whether you are an individual or you have employees working on developing their own ideas. You no longer have the option of sitting on a good idea.

The lifeblood of small business is often innovation, and so the security of your business might now lie in speed. More information about the law and specific problems can be found in each of those articles, as well as in other sources. According to the America Invents Act, the race is on as of January 1, 2012.

Smart Business (September 20, 2011) “The America Invents Act: A race to the patent office”

Please call our office today at 801.631.0228 and we will work with you to protect your ideas and products.

With Changes To The Patent System, Learn How To Protect Your Ideas

Depending on who you follow, Congress has either delivered a great gift to entrepreneurs and inventors, or shackled them with a terrible handicap: the House last week passed legislation to overhaul the U.S. patent system for the first time in 60 years, making the effort one step away from being put before President Obama’s executive pen.

As reported by The Wall Street Journal, the House managed a bipartisan maneuver with more than two-thirds of lawmakers from each party supporting the “America Invents Act,” passing it on a 304-117 vote. The overhaul essentially breaks down into two big changes. Firstly, it revises the way that the patent office handles its funding and fees. Under the new law, since the office supports itself on the basis of its fees, it therefore gets to keep all of its fees as budget, rather than have them siphoned off by Congress (note here that as much as $800 million has been diverted to other programs over the past 20 years.) The hope is that the money will help clean up the staggering backlog of some 700,000 applications.

The second change, of greater importance to the small business owner and entrepreneur, is the move from a “first-to-invent” system to “first-to-file.” Here is the blessing and the curse. If your patent is challenged, proving that you were the first to invent can involve drawn-out and expensive legal battles. For the up-and-coming inventor whose very business might rely on that patent, the legal squabble is often too much for them, where a conglomerate can absorb the drain with ease in a battle of attrition. Of course, on the other side of things that legal battle is often the only tool the entrepreneur/inventor has; it is his sling to wield against Goliath.  What happens when big business can simply move quicker with an entrepreneur’s ideas?

The Senate has passed a similar bill and so the final matter at hand is to reconcile the two before passing it up to the Executive branch. President Obama has already pledged his support for overhaul.